HOW TO GO VEGAN - ATHLETES

So I get to start my brand new blog with probably the biggest question I get asked. Why I went Vegan. Well it was something that was in the making for quite some years, it started with a feeling that It just didnt seem right eating meat. Trust me when I tell you I was terrible! I spent most of my young life eating the worse of the worse, Mc Evil, KFC, kababs,.. I cringe when I look back to the old me and I wonder how am I still sitting here. I used to say to myself one day when I have the strength, the will power I will stop eating meat. I said this because lets think about it, if you dont eat meat it can be a massive inconvenience. You go to eat out with friends and 90% of the options have meat, eggs and dairy. So my first battle was to break out of the comfort zone and make the decision I was going for this and that I wouldn't look back.

February 2013, I was packing my bags for a trip to Thailand and Cambodia with my boys Chris, Adam and Mike to shoot some free running and I decided there was no better time to start, as I was heading to a place where I had no idea where the meat came from and its quality, so I went for it! I thrived those 3 weeks without touching a meat dish and it was easy! My energy levels stayed the same, if not better so I had busted a myth in my own head that I needed meat for Brotien =) I continued my journey not eating meat and it started to open my eyes. We rely so heavily on meat as a staple in our diet that I found myself wondering what else could I eat. I began for the first time in my life researching into food, asking questions, looking for recipes and this forced me into learning so much more about food, more than I had learnt or previously known my whole life! I realised I was lazy, and that I wanted to super charge myself, I fully understood I was whatever I ate, and so the journey of my Life level up began.

Guys, I will be brief with this part of the story as I know many people dont like hearing about the pain and suffering of the animals we eat but its the truth. I was the exact same, when I saw those videos popping up I scrolled past, not wanting to watch, because I know it would effect me. they say ignorance is bliss and this is one of the truest sayings on the planet, ignorance is bliss =)

You can choose to watch this video or just scroll past it towards my video I recorded about my journey, but I strongly urge you to have a look and a listen to your feelings. I am disgusted by these industries, but they only exist because we fuel them with our £ and $. I used to, but never again.

The reason we all struggle to see these things is because it instantly cuts through our ego's, who we think we are, and connects to our true nature, that nature that is kind and compassionate, the real us.

Ok, now that we are on the other side of that emotional roller coaster lets look at the positive sides to going Vegan =) My experiences, massive increase in energy levels and sustaining those high levels. Meat and dairy are very difficult to digest and take a lot of our energy to do so, eating plant based foods are so much quicker in energy assimilation. Everyone knows if you eat a banana or 5 in my case you get instant energy! I dont think people say the same about eating a 1/4 pounder steak. I am now 31 and I feel like I am reversing the whole age process!

I am training more, for longer, feeling better, getting injured less and I put it all down to my shift in diet and lifestyle. I found that since I went Vegan my body became more lean and ripped which is a nice little bonus! But most importantly its how I feel that makes it so worth it. I need to mention the mental and spiritual clarity that came with the change. I believe food is energy, Vibration. When we eat natures living foods, its fruits, vegetables, grown in the ground, nurtured by the sunshine we take on that vibration, and equally if we go and eat a big mac meal full of processed flesh, high salt and sugar content and the meat comes from farms like you see in the video above, that is what ends up on your tray, lifeless negative karma foods. So I feel its all in favour of the Vegan diet, but I understand we have all been conditioned to eating un healthy since we were kids, and some of those really sweet tasty foods are hard to give up, but here is the thing! there is an alternative for almost everything and the variety just keeps on expanding as the demand for Vegan food does.

So enough with my story, you want to give it a go and dont know where to start. Lets begin with finding a substitute or alternative to what you are already eating.

Try one of these delicious alternatives, my personal favourite has to be the coconut and hemp milks, but soya is best for coffee or British style tea!

Its so easy to get soya cheese from most supermarkets, just have a look next time your craving cheese and at least give it a go.

My wife and I love to have scrambled tofu on toast in the mornings, just add some turmeric powder olive oil and sea salt to an organic block and fry it in a pan. Boom! A great high protein replacement for eggs.

Now this is the exciting part! there are literally tons of companies all rolling out meat free products, just have a look in the vegetarian section when you are next food shopping. Linda McCartney has some awesome sausages and burgers for those who still love the idea of throwing them on the BBQ! I do from time to time, and recently this company cropped up and I enjoy their burgers.

DONT WORRY ABOUT PROTEIN! I am literally getting more protein in my diet since I went Vegan, on average 170-200 grams per day.

I can appreciate that going Vegan can seem like a dramatic life change, I can remember thinking the same many years ago, but its all just a perspective. I used to think it was strange not to eat meat, and now I cant imagine ever going back. Maybe our ancestors didnt have a choice on what they ate, so they may have eaten meat, but we live in a world with infinite choice, we can have almost any food from around the world in 5 minutes from turning up at the local supermarket. So really its our choice to make the right decisions for the sake the those our actions directly effect, the animals, planet and ourselves.

Talking about my journey into Veganism and its benefits.

I think we are stuck in our past, we latch onto history and how we used to live, but to move forward, to grow and evolve we need to lay old ways to rest in search of better ways of living and co-existing on this beautiful planet with the other beings that we share it with. I think life is equal. It amazes me when people get outraged when they see a cat put in a bin, whale jumping hoops or a dog knocked over by a car, yet millions of equally cute intelligent animals get tortured and thrown in a grinder.. It makes you think how lucky those dogs and cats were to get the name pet and not dinner.

Finally and most importantly, watch this documentary COWSPIRACY it highlights factory farming as being the number one contributor to global warming and shows how much of our well needed resources goes into the production of meat. For me its a no brainer. If we cut consumption of meat and diary the world will be a better place.

Big Love to you all. 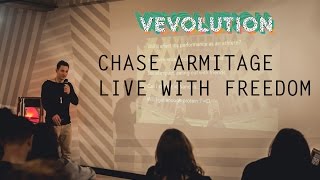 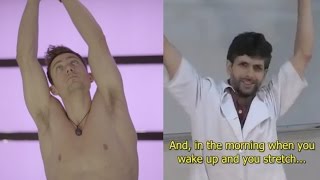 HOW TO GO VEGAN - ATHLETES

WIFI WEAPON! - TURN OFF YOUR ROUTER BEFORE.. 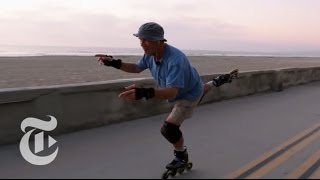 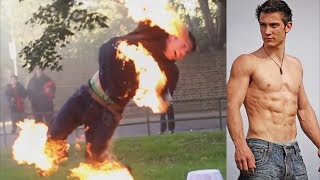 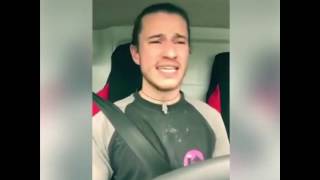 ARE WE SUPPOSED TO EAT MEAT?

WHAT THE HEALTH VIDEO